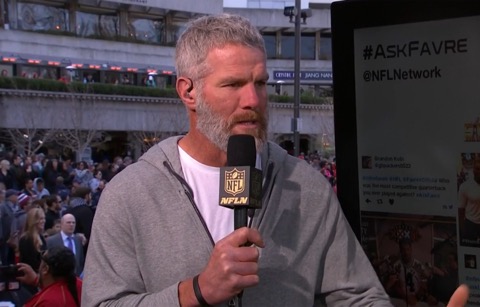 Former Green Bay Packers quarterback Brett Favre will officially be named a member of the Pro Football Hall of Fame class of 2016 on Saturday night.

Although that’s inevitable, Favre says doesn’t see it that way.

That’s been the theme this week.

Perhaps the overwhelming adulation of the majority of Packers fans over the past year has softened the old man, though.

He went on to play the if-I-can-do-it-anyone-can card.

“It says anyone can make it,” Favre said. “My dad was my coach and we ran the wish-bone offense. We never threw. I came from a town not known for football and was kind of a forgotten recruit. Went to Southern Miss, played four years there and didn’t throw every much, but yet up until recently had every passing title good and bad. That’s what I would say to kids. It could happen to you.

I don’t know what’s going on here or who this guy is.