Welcome to the Party, LaDarius Gunter 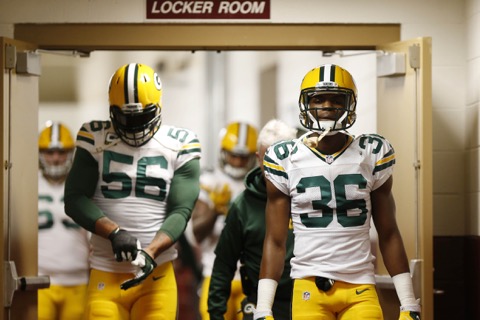 You probably were ready to crap in your pants when cornerback Quinten Rollins went down on Sunday at Washington.

With Sam Shields already out because of a concussion, we expected to get a hearty dose of Demetri Goodson, who, in a word, is bad.

Instead, the Green Bay Packers turned to rookie LaDarius Gunter.

Gunter was an undrafted free agent from Miami who played as well as or better than both first-round pick Damarious Randall and Rollins, a second-round pick, in training camp and throughout the preseason.

Yet, despite his big-school pedigree, preseason performance and the fact that they’ve played Randall and Rollins extensively, Gunter rarely saw the field and was often a game-day inactive in the regular season.

Gunter, who we like to call Larry — Larry Gunter — played just nine defensive snaps all season.

Then he played 31 in the Packers’ biggest game of the season, recording one tackle and defending one pass.

Gunter played exactly like he did during the preseason.

Kind of makes you wonder what took so long to get him on the field.