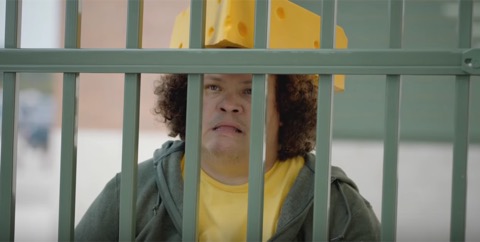 At any rate, that is not the point.

The point is we learn so much in this spot! Primarily, we learn about Rodgers’ tormenter.

You know, the fat guy with the Jewfro.

Also, he always wears a fucking cheesehead and that can only mean he’s from and still lives in Wisconsin.