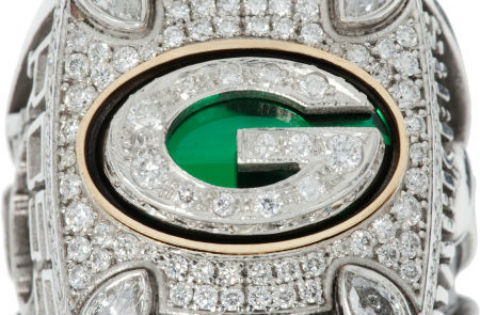 You know, that last Green Bay Packers team to win a Super Bowl.

Both teams did the following:

And that’s about where the similarities end, with the exception of the players and coaches who were a part of both teams.

The 2010 Packers actually looked much better than their record. That team finished ninth in total offense and 10th in scoring offense, with 24.2 points per game. They finished fifth in total defense and second in scoring defense, giving up just 15 a game.

As you’ve probably witnessed, the 2015 Packers don’t look as good as their record. They were 23rd in total offense and 15th in scoring offense (23 per game). The defense ranked 15th overall and 12th in scoring (20.2 per game).

As you can see, the 2010 unit was markedly better on both offense and defense.

Another big difference is the way Aaron Rodgers was playing.

On the surface, there’s not a huge difference between those two quarterbacks…

But if you get down into the real nitty gritty, you see the difference…

Rodgers was insanely accurate during that Super Bowl run. He hasn’t been accurate at all this year.

Plus, even though that 2010 team wasn’t stocked with playmakers — Greg Jennings (1,265) was the only receiver over 1,000 yards — that team had guys playing well at the right time.

You’ll remember that’s when James Starks burst on the scene.

Plus, the defense was creating turnovers on a weekly basis.

If these Packers are going to make a run, they’ll need guys who haven’t played particularly well all season to step up. They’re also going to need improved play from their defense, especially in the turnover department.

While those things are certainly possible, based on what we’ve seen for 16 weeks, we wouldn’t call them probable.

Previous Article
Washington is Riding with “You Like That?!”
Next Article
Sam Shields’ Head May Have Exploded