Stephen Colbert Tells Aaron Rodgers to Step Up to the Plate 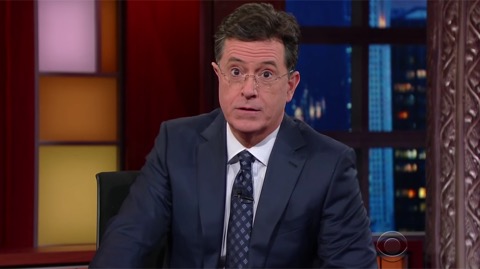 This would probably be better if it were about football, but alas, it is not. It’s about broads.

There was a rumor that Munn and Rodgers were engaged. That was quickly disproved, but Munn apparently enjoys discussing it because she’s made it one of her talking points while doing the talk show rounds this week.

Munn was on The Late Show with Stephen Colbert on Thursday, where the topic came up again. That prompted Colbert to tell Rodgers to step up to the plate.

Have a watch, if you’re so inclined.