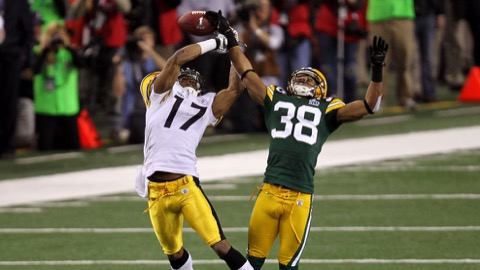 Unlike the NFL’s 50th anniversary Super Bowl team, which was totally subjective, the Pro Football Focus All-Super Bowl team is much less so.

Of course, it also takes into account only eight Super Bowls instead of 49 because that’s as far back as PFF’s data goes.

By their analysis, three Green Bay Packers were the best at their position in those past eight Super Bowls.

Rodgers, who just edged Eli Manning for the top spot, was 24-of-39 for 304 yards, three touchdowns and no interceptions.

That may have been a gimme. The other two Packers on the team are a bit more of a surprise.

Raji, in what well may have been his last good game, had seven of the Packers’ 19 quarterback pressures in Super Bowl XLV. Williams was targeted nine times in the game, but allowed only three receptions for 22 yards and broke up two passes.

You can see the full team here.