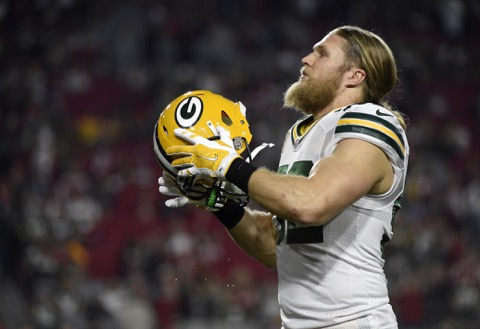 The Arizona Cardinals are probably pretty cool with the NFL’s overtime rules, but the Green Bay Packers, predictably, are not.

After losing a do-over of a coin toss, the Packers didn’t touch the ball in overtime as the Cardinals scored a touchdown on the lone possession of the period.

NFL rules dictate both teams get a possession in overtime, but only if the team that has the ball first doesn’t score a touchdown. The Cardinals scored a touchdown and game over.

Not so in college, where both teams get at least one possession.

Well, you know the Packers would have liked to see those rules.

“Let’s go college rules. Just put us on the 25 or whatever it is and let us go at it,” Packers linebacker Clay Matthews said. “But I don’t know. I’m sure it’ll be talked about. It sucks that we don’t have an opportunity.

“But those are the rules right now. We’ve got to play by them. We had an opportunity to stop them on their side of the field and force a punt and kick a field goal to win, and we didn’t do that.”

Didn’t do that is right.

For the second season in a row, the Packers lost after a huge play in overtime without touching the ball.

On one hand, the defense.

The defense can’t give up a huge play at that time and they’ve done so two years in a row.