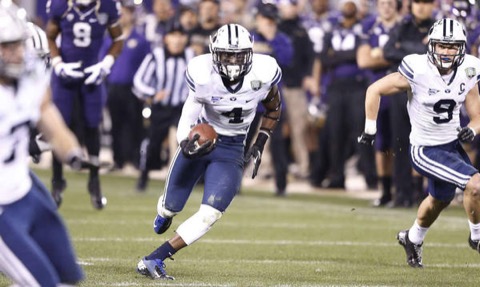 The Green Bay Packers must have just been sick of Andrew Quarless’ shit.

When we heard they were placing God’s Gifts on injured reserve Thursday night, we assumed it was to make a logical roster move, such as adding a receiver. With Davante Adams likely out this week, that leaves the Packers with just four healthy receivers.

If one goes down, well… you’re in trouble.

But logic never factors into roster moves in Green Bay.

Instead of adding a receiver, the Packers added a cornerback. To make matters even more idiotic, they made the move at a time when their cornerback group looks completely healthy for the first time in a month.

Not only do they not even need another cornerback, they don’t even have enough room for the guys they have. Rookie LaDarius Gunter played a very nice game in Washington, but that was his first extensive action on defense all season.

So they have plenty of quality at the position and not enough playing time to go around.

Add another cornerback to the roster!

MY GOD, TED THOMPSON, YOU TRULY ARE A MAD GENIUS!

So this kid’s name is Robertson Daniel. He was an undrafted free agent from BYU who was first signed by the Raiders. They released him on September 1 and the Packers added him to the practice squad on September 7.

Previous Article
Stephen Colbert Tells Aaron Rodgers to Step Up to the Plate
Next Article
Adams Out; Shields, Rollins Questionable