It was going to be impossible for the Green Bay Packers Hall of Fame to top their Brett Favre induction, but at least there won’t be so many opportunities for them to bungle this one. Safety Nick Collins and tackle Chad Clifton headline the 2016 Packers Hall of Fame class.

Collins and Clifton are actually representative of the majority of players inducted into the Hall. Not transcendent, but pretty damn good for a number of years.

Clifton came to the Packers as a second-round pick in 2000 and became a starter at left tackle during his rookie season. He would man that spot for most of 12 seasons, before his body finally gave way during the 2011 season. The Packers released Clifton after he failed a physical early in 2012. Clifton was a Pro Bowler in 2007 and 2010. Never spectacular, but always solid, at least when he was healthy. 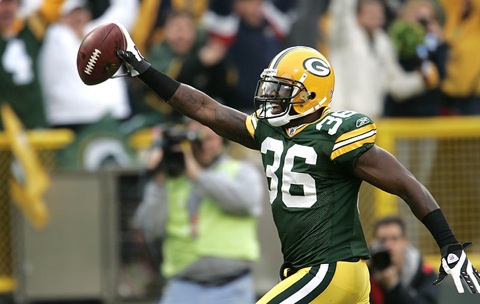 Collins was among the best safeties in the game before his career was cut short by a neck injury early in the 2011 season. In seven seasons, Collins was a three-time Pro Bowler. He finished his career with 417 tackles, 21 interceptions and four touchdowns. Probably most telling as to how valuable Collins was to the Packers is that it literally took years for them to find a suitable replacement for him.

And who will ever forget this play?

Winnie was the Packers’ radio voice from 1929 to 1946 and thus, the only connection most people outside of Green Bay had with the Packers. He’s credited with helping to grow the fan base in those early years, when the Packers won six NFL titles.

Previous Article
Carson Palmer is Totally Going Down!
Next Article
Stephen Colbert Tells Aaron Rodgers to Step Up to the Plate