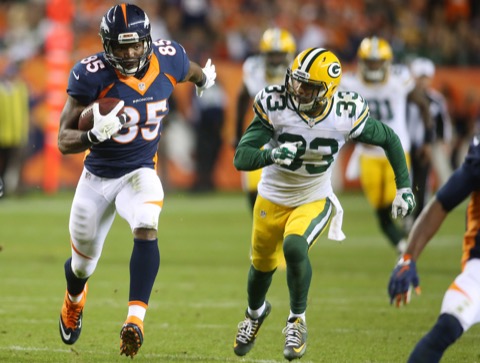 Well, maybe not nicely. There wasn’t much nice about the Green Bay Packers’ 2015 season, but that’s the thing.

On paper, it doesn’t look bad. Ten wins, a road playoff win… and that’s the other thing.

That’s great if you’re the Oakland Raiders or the Detroit Lions.

“We won, what, 10 regular-season games this year?” Packers defensive back Micah Hyde said. “Won a playoff game. But man, this has been the toughest winning season I’ve ever been a part of. Week in and week out, win or lose was brutal, and I really don’t understand it. I don’t know if it was just the mentality that we should be doing better than what we were or the whole outside world saying we should’ve beat this team by more or stuff like that.

“I think all that adversity we had this year is going to help us out in the future. We thought it was going to give us a longer playoff run, but it came to an end.”

So at least there’s a bright side, but everyone expects more of the Green Bay Packers.

Coach Mike McCarthy admitted the team didn’t achieve the desired level of success in 2015 during his season-ending press conference.

This season was brutal because the Packers didn’t live up to expectations. The expectation was they were a Super Bowl contender. Then everyone realized they weren’t when they went to Denver and got throttled.

Then people started asking why and both the coaches and players were constantly reminded of their shortcomings.

That is brutal. It was brutal to watch.

Ultimately, this is just another Packers team that fell short.