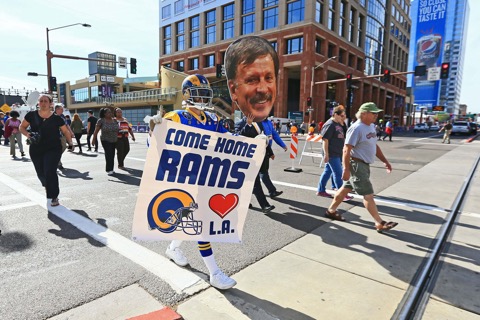 No offense to St. Louis, but the Rams were never yours to begin with. They were always the Los Angeles Rams. You were just borrowing them.

As of Tuesday afternoon, the NFL is back in my town — Los Angeles. The NFL owners voted to allow the Rams to move from St. Louis back to Los Angeles, where they played from 1946 to 1994.

They’ll eventually play in Inglewood, where they tore down my second-favorite horse track to build this state-of-the-art football house that will open in 2019. Inglewood is also where the Lakers and Kings wrecked shit at The Forum before moving downtown to Staples Center. And yes, it’s also pretty much where LAX is.

In the meantime, the Rams will play in the Los Angeles Coliseum, which is where L.A.’s other NFL team, the USC Trojans play on Saturdays.

Why am I happy that the Rams are back in L.A.?

Because they never should have left to begin with.

I honestly have my doubts that Los Angeles can realistically support two NFL teams. There’s just too much going on here, but the NFL needed a team in L.A. and that team is the Rams.

The Rams have a history here and a pretty nice one at that. It includes one NFL championship, four conference championships, 11 division championships and 21 playoff appearances. Plus, Hall of Famers like Norm Van Brocklin, Deacon Jones, Merlin Olsen, Jack Youngblood, Jackie Slater and Eric Dickerson.

What I personally remember most of the Los Angeles Rams was this guy. Willie “Flipper” Anderson.

That dude once had 336 yards receiving… in a single game!

The Los Angeles Rams of my childhood were fun to watch.

So yeah, I was a little salty when that stupid old woman, Georgia Frontiere, took them from Los Angeles and moved them to St. Louis.

To me, the Rams epitomized Los Angeles. At least when I was a kid.

Now that I live here, I think the Lakers are probably the only sports team that epitomizes L.A., but that’s beside the point.

The Raiders and their stabby fans belong in the Bay Area. The Chargers… no one gives a shit. The Rams belong in Los Angeles.

And when the Packers come to town, you’re all welcome to crash on my couch.

This May Finally Be the Week for Sam Shields 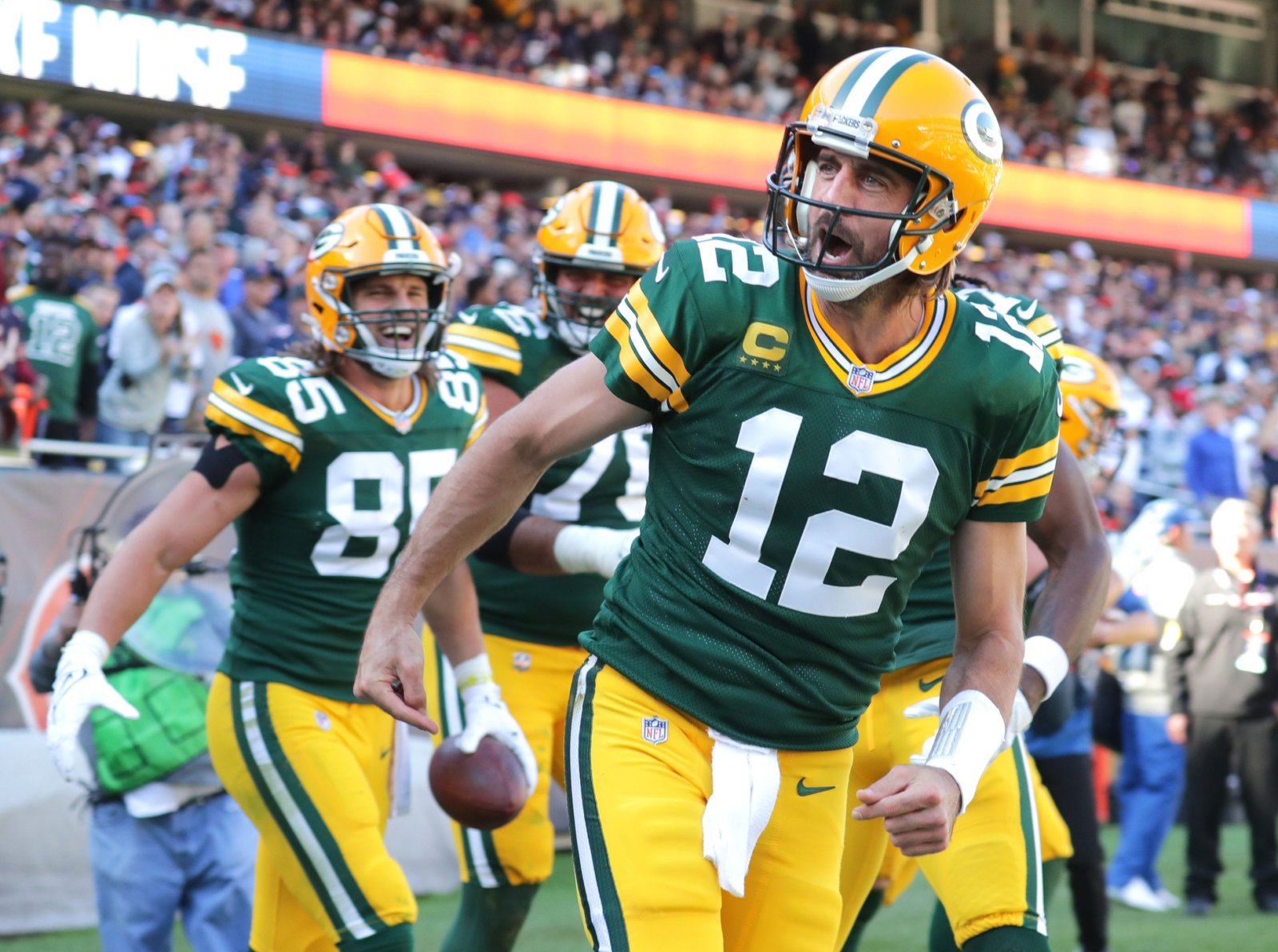 This May Finally Be the Week for Sam Shields