Julius Peppers is Now Going to the Pro Bowl 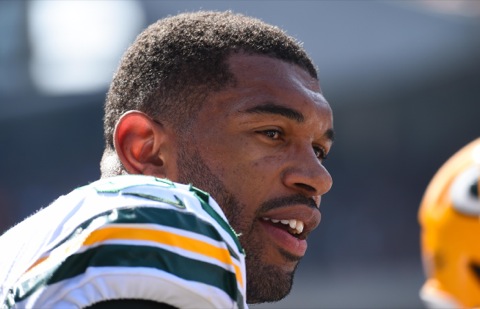 Old man Julius Peppers just made the Pro Bowl as a 36-year-old.

He did it as a replacement for Denver Broncos outside linebacker Von Miller, but still. We’re going to ignore the watered-down nature of the Pro Bowl for now.

Pro Bowlers whose teams are playing in the Super Bowl don’t play in the exhibition game.

Peppers was a first alternate at his position. That is the same way Green Bay Packers teammate John Kuhn made his way to Hawaii, except the guy ahead of Kuhn — Raiders fullback Marcel Reece — was suspended for drugs.

Julie had himself a pretty nice season in 2015, tallying 10.5 sacks, which led the Packers, and 42 tackles. This is his ninth Pro Bowl selection and first since 2012.

If he decides to play in the game, Peppers will join Kuhn, linebacker Clay Matthews and guard Josh Sitton. Quarterback Aaron Rodgers dropped out with a phantom injury.

The game is Sunday.

When You’re the Fence Painter, Everyone Must Know

When You're the Fence Painter, Everyone Must Know