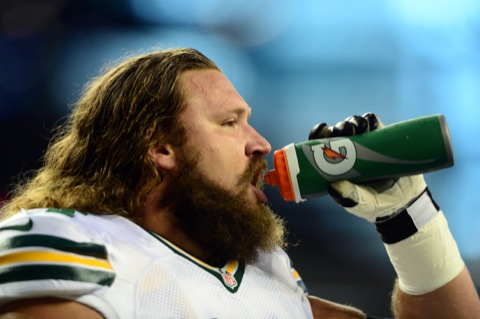 The Associated Press announced the NFL All-Pro team today. Not surprisingly, no one on the Green Bay Packers made the first team.

Unlike the Pro Bowl, the All-Pro team is truly the measure who was the best in the NFL at their particular position during the season.

The Packers weren’t completely shut out, however.

This is the third time overall and also the third consecutive season Sitton has received that honor.

We’re not making light of being named second-team All Pro either. It still means you’re one of the best in the business.

However, usually the Packers will have more than one guy in the mix, as well as someone on the first team. For example, they had two guys (Aaron Rodgers and John Kuhn) on the first team and two guys on the second (Sitton and Jordy Nelson), last year.

Their lack of representation this season is reflective of the overall level of play.

You can see the full list of All Pros here.

In an appropriate send-off, our main man Charlie Woodson got the second-team nod at safety.

Bakhtiari, Three Others Questionable for Skins

Bakhtiari, Three Others Questionable for Skins