Joe Whitt and Darren Perry Get Some Deserved Recognition 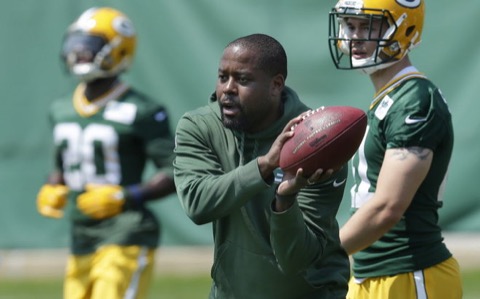 The Green Bay Packers secondary was the strength of the team in 2015 and I think we can say that without adding an “arguably.”

The Packers ranked sixth in the NFL in pass defense in 2015. Opposing quarterbacks had an 80.1 rating against Green Bay, which was good for seventh in the league.

And this happened with two rookies playing extensively, a starting safety that missed five games and a slot cornerback miscast as a boundary cornerback for much of the season.

A lot of credit for the Packers’ success against the pass has to go to the secondary.

So some props need to go to the guys who oversaw that unit, cornerbacks coach Joe Whitt Jr. and safeties coach Darren Perry. And some did go to them from Pro Football Focus, which named the pair the best coaches of their positions in their positional coaches of the year awards.

The fact that the strength of the Packers’ defense contains three rookies and two second-year players says a lot about how well this pair has brought the youngsters along. Good drafting? Sure, but someone needed to put all those new pieces together in a secondary unit that ranked eighth overall in the NFL.

This is really nothing new for Whitt, who quickly established himself as one of the best cornerbacks coaches in the business after he joined the Packers in 2009. It is for Perry, who’s overseen some less-than-stellar safeties (Jerron McMillian, M.D. Jennings) and less-than-stellar seasons by otherwise decent safeties (Morgan Burnett in 2013) in his Packers’ tenure.

Sometimes getting decent players makes all the difference though.