History Will Be on One Underdog’s Side This Weekend 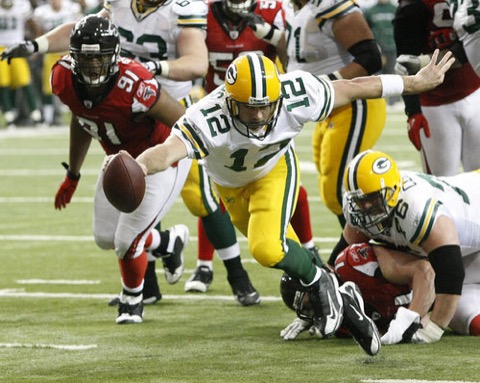 The Green Bay Packers are going to stroll into Arizona to face the Cardinals this weekend as a substantial underdog.

The Cardinals are currently favored by seven and that sounds about right, considering they beat these same Packers by 30 less than a month ago.

Frankly, the Cardinals are the better team, but the great thing about the NFL playoffs is the better team doesn’t always win. Neither does the higher-seeded team.

You probably feel like a lower-seeded team wins every year in the divisional round. That’s because that happens nearly every year.

Out of curiosity, we went back through the divisional round results to find out the last time all four higher-seeded teams were victorious.

So for the last 10 years, at least one lower seed has triumphed in the divisional round.

Here are those teams:

In half of those years, two lower-seeded teams won in the divisional round, but never more.

The Packers were both on the giving and receiving end there, beating top-seeded Atlanta following the 2010 season and losing to the fourth-seeded Giants the following year. That win in Atlanta came after a 20-17 regular season loss by the Packers at Atlanta in week 12.

We’re not suggesting you should hang your hat on the Packers this weekend because of this, but one of the lower seeds is very likely going to move onto their conference championship game.

Previous Article
This May Finally Be the Week for Sam Shields
Next Article
James Jones’ Hoodie Spotted in the Wild!