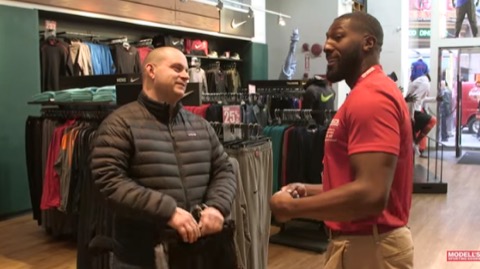 This is rather comical. Greg Jennings did one of those undercover celebrity things where he pretended to be an employee at Modell’s Sporting Goods.

Some guy from Michigan walks in — Jennings is also from Michigan — and this guy knows people from Western Michigan, where Jennings went to college. Those people include former Lions tight end Tony Scheffler, who Jennings played with.

The leads to Jennings revealing his identity and the guy not believing him.

Apparently, no one knows who Greg Jennings is since he left the Green Bay Packers.

Clay Matthews Took Other Inside Linebackers to Hawaii