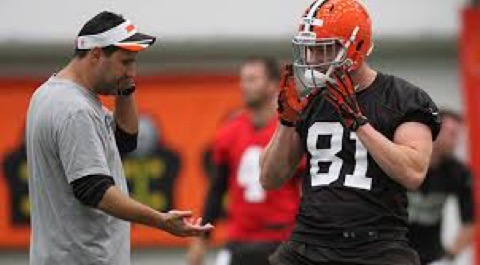 It almost seems like Mike McCarthy had a plan with this one. On Thursday evening, it was reported that the Green Bay Packers will hire former Browns tight ends coach Brian Angelichio to the same position.

Angelichio will replace Jerry Fontenot, who was dismissed at the start of the week.

Why in the hell would anyone hire someone who coached for the Browns? That’s a totally fair reaction, but Angelichio appears to fit the exact mold of what the Packers were looking for — someone who can take a shitbird and make him into a star.

You’re probably not terribly familiar with the name unless you play fantasy football, but Angelichio oversaw the development of Gary Barnidge in Cleveland. He suddenly turned into one of the best tight ends in the league in 2015, catching 79 passes for 1,043 yards and nine touchdowns.

Was it a fluke or did Angelichio have something to do with it?

I guess we’ll find out.