by Monty McMahon
in Uncategorized
116 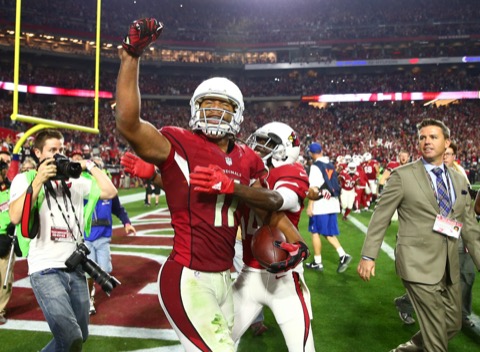 Well, it’s all over and it pretty much ended like it should have.

The result wasn’t surprising. Only the way it went down.

It’s the end and here we go.

More of the same
We really can’t wait to hear how making the playoffs equals success. That will surely be the narrative around Green Bay this offseason. It will be the narrative because no one will be held accountable for what actually is another failure of a season. That ginger gap-toothed fuck will give us a real big gap-toothed smile and tell us what a great season we had because he was able to take all kinds of money from us. Because championships don’t matter anymore. Only the bottom line.

But listen guys, the Packers are successful! So long as you define success in a way that isn’t relative to what the Green Bay Packers are about.

That guy can’t play
Seven catches, 145 yards, two touchdowns. That was Jeff Janis’ line. We saw Janis run a crappy route in the end zone early in the game and then we saw him make all kinds of plays after that. We understand that maybe the guy isn’t the most astute player. Probably not the best route runner. Despite that, his going off just demonstrates the stupidity of the coaching staff.

You find ways to put guys in a position to succeed, especially when those guys are dynamic playmakers. The fact that the Packers simply refused to do that with Janis all season is a blatant failure.

Entirely predictable
It could have gone differently, but it didn’t. Before the game, I drew a comparison to the 2013 playoffs, when the Packers were a game opponent against a better 49ers team. This game felt a lot like that, except the Packers actually looked like the better team for most of the day, this time.

Still, the result was exactly the same. Like it was predestined — complete with a defensive breakdown at the exact time when the Packers couldn’t afford one.

Hell, so did the offense. They only allowed one sack. They outgained the Cardinals 386 yards to 368 and the time of possession was nearly equal. So what happened? You know what happened.

One guy
If the Cardinals had an advantage, other than the officials being on their side, it was Larry Fitzgerald. Eight for 176 and the game winner.

The old man’s still got it.

Cardinals Get Some Help, Beat Packers