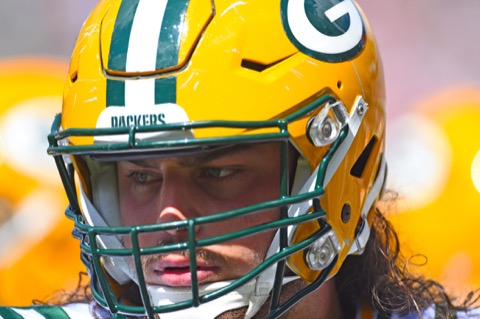 Injured left tackle David Bakhtiari was listed as a limited participant in practice on Thursday, but Bakhtiari certainly seems like he’s heading toward his first start in four weeks, this week.

After practice, Bakhtiari said his injured ankle felt good and while he’ll still need to be cleared by the Green Bay Packers medical staff, that’s as good a sign as any.

“I just want to play,” Bakhtiari said. “I don’t want to sit on the sideline and watch my other friends and teammates go out and work. I like to work. I don’t like sitting by the wayside. Especially the caliber of player that I know I am, I want to go and help out the team the best way I can.”

Coach Mike McCarthy more or less pegged Thursday’s practice as the deciding factor in determining whether Bakhtiari plays. It was the Packers’ only full practice of the week. They have just a light Friday practice remaining before the team leaves for Arizona.

When the Packers played the Cardinals in week 16, they started Don Barclay at left tackle. He gave up four of Arizona’s nine sacks that day.

J.C. Tretter has performed the best at left tackle in Bakhtiari’s absence. It’s logical to think the Packers would use him in that spot again if Bakhtiari remains out.