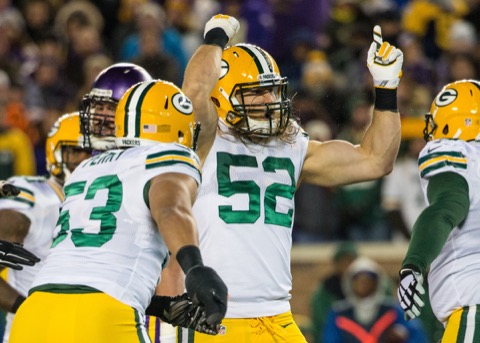 A lot is being made of the way Carolina Panthers quarterback Cam Newton dances and celebrates on the field. A lot of people would have you believe that’s related to race.

It’s actually related to idiocy, i.e. a guy being a totally self-absorbed idiot, that he also lacks self awareness.

However, making it a race issue is the cool thing to do.

The fact of the matter is, Newton celebrates more often and longer than most guys. It’s his right to do so, but then he doesn’t get to act butt hurt or pull the race card when people criticize him for it.

What Cam Newton does or when he does it will never be of any consequence to us. He’s not our quarterback.

That won’t stop him from being a topic of discussion though. Green Bay Packers linebacker Clay Matthews was on Dan Patrick’s show on Friday and was asked what he thought of Newton.

He thinks the same thing we think. Cam Newton is an annoying child.

“Quarterbacks are allowed to celebrate. Our quarterback celebrates when he throws a touchdown, when he gets a big first down, when he moves it with his feet,” Matthews said. “I think at times, especially with the success they’ve had this year, when you spend seven seconds dabbing on your opponent, I can see how a defender might be a little annoyed with EVERY first down, celebrating. But the great thing about it, as long as you’re backing it up, then you can celebrate all you want.”

You can see the full interview with Matthews here.

He also has some funny thoughts on Aaron Rodgers’ wedding and engagement.