Today is the Day for Ty Montgomery 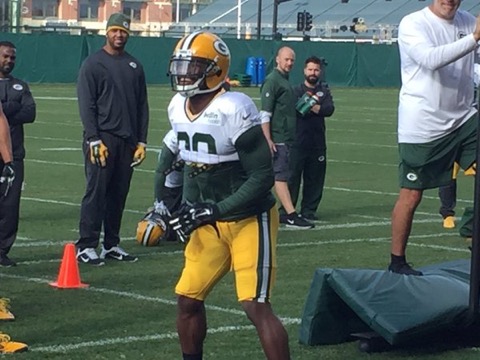 We haven’t thought about receiver Ty Montgomery actually playing in a football game in a while, but that now appears to be a real possibility this week.

Montgomery and his gimp ankle are coming along. In fact, Green Bay Packers coach Mike McCarthy says Montgomery is doing better this week than he has in past weeks.

“He’s definitely cleared a hurdle he hasn’t cleared in prior weeks. So far so good. We’ll see what he does today,” McCarthy said Thursday morning.

The Packers are holding their padded practice and if Montgomery makes it through that without incident, then he’s most likely a go on Sunday.

Montgomery played in the Packers’ first six games of the season and hasn’t played since. He recorded 15 catches for 136 yards and two touchdowns when he was healthy.