One Game, a Season or Career Does Not Make 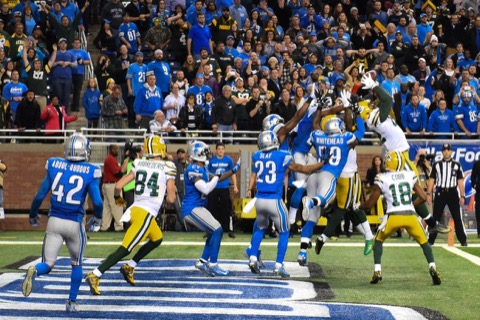 We know you clowns are out there. Just waiting to come in and stick it to us after Richard Rodgers’ big night.

But here’s a news flash, morons. One good game does not make a good season or a good career.

Richard Rodgers had a career night against the Detroit Lions, catching eight balls for 146 yards and a touchdown.

Good for him, good for the Green Bay Packers, good for us.

Quite frankly, we would love it if old DickRodge put up similar numbers every week. This is not the norm, though. Thursday night’s performance was far and away the best game of Rodgers’ young career.

He had his most receptions (by two) and most yards (by 88) in a single game.

On this gigantic night, Rodgers averaged more than 18 yards per reception.

That raised his 2015 season yards per reception to a still below-average 9.1.

But listen, at least it’s above 8 yards per catch again!

Rodgers has caught 48 balls for 439 yards and six touchdowns, this year. The guy just produced a full one-third of those yards in last night’s game.

Anyone trying to float the theory that Richard Rodgers is suddenly a great tight end can go right ahead and stuff that theory up their ass.

Rodgers needs to put up more than one game like this and it remains to see if he’s capable of doing that.

That said, we did notice one thing about Rodgers on Thursday night that was different. He’s always had good hands — probably the best hands of any Packers’ pass catcher right now. Catching the ball was never his issue. What he hasn’t been able to do is get separation or gain yards after the catch.

Well, the first thing hasn’t changed. Rodgers isn’t fast and he’s never going to be. The second did change, though. At least for one game.

For the first time this season, Rodgers actually gained some yards after the catch. He even broke a tackle or two.

Maybe that speaks to the ineptitude of the Lions or maybe DickRodge finally got tired of us riding him and played angry. Who knows, but maybe there’s some hope for the kid.