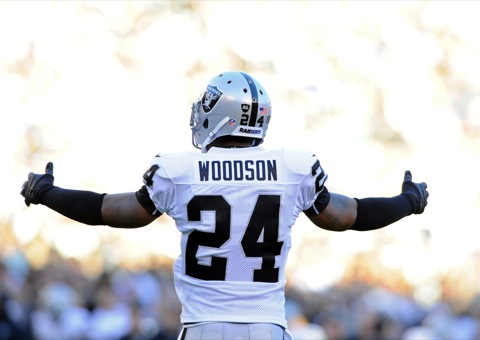 Shawn (8-5, 8-5 ATS) — The Green Bay Packers basically have one shot at wrapping up the NFC North before week 17. They need to win these next two games and have the Vikings lose one. If that happens, it’s over and the week 17 match-up might mean nothing. Of course, if the Packers win out, they will have a good shot at the No. 2 seed and the bye.

Despite a two-game winning streak, there is little reason to think the Packers can win out. Their defense has been playing well, but the passing offense has remained one of the worst in the league.

Pretty amazing if you think about it. That isn’t hyperbole, but a cold, hard fact. The Packers have one of the worst passing offenses in the league.

They currently rank 24th in the NFL, behind teams like Miami, Tampa Bay and yes, the Chicago Bears.

Still, believe or not, that doesn’t mean the Packers have no shot at getting where they want to go. They will just have to do it differently than they’ve been trying to and failing, since 2010.

The game against the Cowboys was a blueprint for what the Packers need to do. They need to run the football and utilize Eddie Lacy and James Starks in the passing game as well. With that accomplished, they will only need a minimum of plays from the remainder of their passing game.

It is this same formula that the Packers need to beat the Oakland Raiders on Sunday. Run the football, use the screen game and play defense.

After being a minor league team for a decade, the L.A. Raiders have some pieces in place to actually be respectable and beat some teams. But they aren’t there yet, and the Packers should win this game. 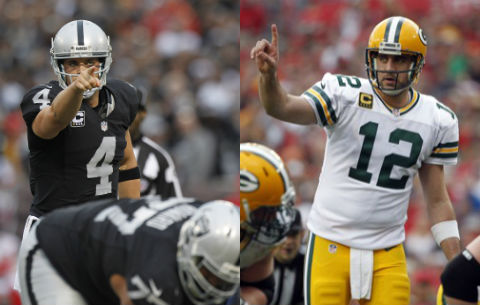 Monty (7-6, 7-6 ATS) — All week, the talk has been of Charles Woodson and how the Green Bay Packers — specifically, your boy Big Ted — screwed him over. So, yes, I am going to start there.

I think he’s going to have zero impact on this game.

He might do something that makes you say, “Oh, yeah, Chuck’s still got it!”

I don’t see him dominating or being the difference-maker for the Raiders, though. Seriously, when is the last time you saw a player go into a “revenge game” and just totally beat the shit out of the team or organization they want revenge on?

It just doesn’t happen that often in the NFL because there’s so much pressure on the individual to go in an exact that revenge and this is a team game more so than any other sport. Look at Dez Bryant last week. Pretty sure he wanted some revenge after that non-catch in the playoffs last year.

One catch for nine yards.

The last time someone got some certifiable revenge on the Packers, it was probably that piece of shit Brett Favre the first year he was playing for that much larger pile-of-shit organization, the Minnesota Vikings.

So what does this come down to?

One of those guys above.

Oh, you thought I was going to say Aaron Rodgers?

No, because Derek Carr is actually having a better season than Aaron Rodgers.

The Raiders can win this game if they can stop the run and Carr outplays Rodgers, neither or which is a stretch.

In fact, the latter is probably likely.

The former, that’s where we have questions.

The Raiders defense is ranked 25th in the league. However, they’re an above average 12th in rush defense, so they have had some success there.

Green Bay needs to establish the run to be successful in Oakland and as a team for the rest of the season. Something’s got to give here and I think it will be the Raiders defense.

As Shawn mentioned, this is a young team that’s getting there. They’re not quite there just yet.

These are the two most telling stats to me. They’re giving up an average of 25.1 points per game and they’re only 2-4 at home.

This may not be pretty, but the veteran leadership of the Pack and the battering ram that is Ed Lacy come through.

The Packers are getting 3.5 points and we’re going to take those points, just barely.