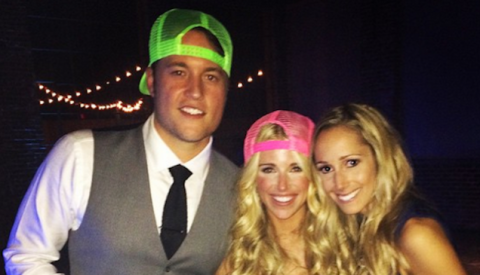 It has been a long time — probably since Brett’s issues at the Metrodome — since a divisional opponent held any kind of home field advantage against the Packers. The Lions have a shot at building one. The last two times the Packers faced the Lions in Detroit have not been pretty. The cumulative score has been Detroit 59, Green Bay 17.

The Lions really only have one pass rusher in Ziggy Ansah, but he’ll be coming from the left side. That’s David Bakhtiari’s side and he has looked injured or simply mediocre all season. In the Thanksgiving Day massacre two seasons ago, Ansah had a field day against Bakhtiari. He will look to do even better this time around.

As usual, the Lions remain soft in the secondary, but that is little concern against the punchless pass game of the Packers. The Lions will concentrate on stuffing the run and forcing the inaccurate Aaron Rodgers to beat them. We’ll see about that.

Offensively, the Lions have played much better lately, mostly thanks to their offensive line playing well. They can suddenly run the football a little and with more time to work with, Matt Stafford has rebounded from the god awful play he started the year with. He still has Calvin Johnson and Golden Tate to throw to, as well as Eric Ebron, who is coming along. Johnson missed some practice this week, but he skips practice all the time. No issue.

If the Packers are to win this game, they have to do what they couldn’t do against the Lions in Green Bay. They need to keep the ball on offense and score some points and they’ll need to pressure Stafford. It isn’t inconceivable, but it also isn’t likely.

I didn’t think the Packers had much of a chance at Minnesota and they proved me wrong. Unfortunately, that game is looking more like the aberration than the loss to Detroit at Lambeau was.

I think the Packers defense and Detroit’s normal 1st quarter sloppiness will keep this game close through the first half, but ultimately, not enough offense for the Packers.

And be hysterical all you want, but this game won’t be the end of the line for the Packers. I still think they have a good shot to finish 10-6 and win the division in the final week, even after losing this game.

Still, lose this game and the Packers will have been swept by the team likely to finish dead last in the division. Think on that and be dismayed. 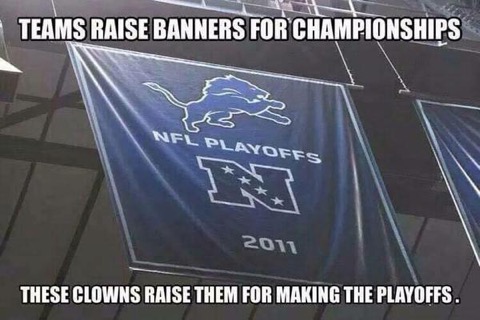 Monty (6-5, 6-5 ATS) — Much like the Green Bay Packers, I’ve been on a crap run here myself. And just like most weeks lately, I am befuddled by the line in this game.

It’s pretty much Packers by 3 across the board.

I really don’t get what the Packers have done lately to be favored on the road against anyone.

And that’s just it. They haven’t done anything. They shouldn’t even be favored at home, right now.

These are literally two teams going in opposite directions. Since beating the Packers a few weeks back for the second win of the season, the Lions have won two more and come in on a three-game win streak. The Packers, as you know, have dumped four of their last five.

If you’re looking for any glimmer of hope, that one win in there was on the road versus a divisional opponent, so maybe the Packers can somehow throw together a repeat performance of what happened in Minnesota.

I actually gave the Packers a chance of winning that game IF they did two things — got Eddie Lacy going and got to the quarterback. I was as surprised as anyone when they actually did both of those things and won the game.

The formula is exactly the same here. Get Lacy going, get to Butterball.

If the Packers can do that and perhaps sprinkle in a big play or two from, say, Jared Abbrederis and/or Jeff Janis, they can surely win this game.

The thing is, I have no faith they are capable of doing much of anything at the moment. This certainly looks like a team in turmoil to me. And the worst thing is, they refuse to do anything to change that.

We’ll just keep beating our heads against the wall over here and eventually the answer will come. That’s the way things are currently being done at 1265, where they have a super-awesome plan and they’re sticking to it. Because once we implement a plan, it cannot be changed!

So I expect more of the same.

An offense that can’t score points and a defense that plays well, but just isn’t dominant and can’t come up with that game-changing play.

I won’t say the season is over. Shawn is right. The Vikings come to Lambeau in week 17 and that game could still very well determine the division. I do see another crappy week ahead, though.