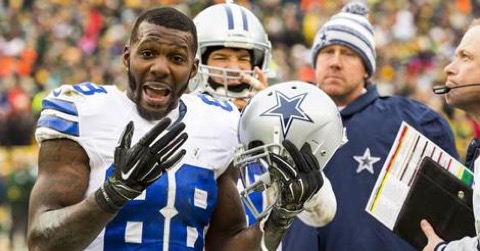 Shawn (7-5, 7-5 ATS) — Fortunately for the Green Bay Packers, the Hail Mary momentarily pulled them out of their nosedive and kept me in mine. I am almost afraid to pick the Packers since the only games they’ve won in the last six weeks were games where I picked them to lose.

Still, with the Matt Cassell-led Dallas Cowboys coming to town, and the Packers coming off an emotional win and two straight home losses, the Packers are definitely the pick here.

Ironically, the Cowboys come to town with the opposite kind of team that they’ve had in recent years. This is a team that actually plays defense and stinks on offense. They are capable of running the football and have some pieces on offense, but their quarterback play has fallen short of what it takes to win. So, basically, the Dallas Cowboys are now the New York Jets.

Some could say equally ironic, the Packers look to defend their turf with a similar team. They expect to play good defense and only hope to get production from their offense. It was the offense that fell woefully short in the last two home defeats against the Lions and Bears, and neither of those defenses rank as high as the Cowboys.

Obviously, Aaron Rodgers is two MVPs and one Hall of Fame better than Matt Cassel, but he is also having his worst season as a pro in completion percentage, yards per attempt, and third down percentage — three categories where Rodgers is usually among the best in the league. Rodgers, by the way, has NEVER lost three straight home games, either as a pro or college quarterback. The Packers have not lost three straight home games since 2006.

I don’t expect the Packers to win simply because they are playing at home or because of any of the above history. I expect them to win because if they can’t beat a Dallas Cowboy team without its starting quarterback at home, then they don’t even belong in the playoffs in the first place. My confidence in this game largely springs from the defensive side of the ball.

I think the Packers defense can contain the Cowboys and perhaps force a couple turnovers to help the offense. I don’t see the Cowboys scoring over 17 points and that shouldn’t be enough for the Cowboys to win — at least it better not be.

The Cowboys can win by getting their running game going and then benefitting from continued ineptitude by the Packers offense. The Packers have been off-and-on against the run, so your guess is as good as mine there. They rank 20th against it, which is probably exactly where they deserve to be. If the Cowboys can run, they can definitely win this game.

I wouldn’t be surprised if the Packers offense picked up where it left off the first half of the game against the Lions, meaning in the toilet. However, as I thought in the last two home games, the Packers should be able to get the running game going a little bit. Dallas is better defensively against the pass, though that might just be because teams haven’t really needed to throw the ball a lot against them. If the Packers can actually get Eddie Lacy or James Starks or both going, then it will just come down to third downs for them.

As I have said before, the Packers might get Ty Montgomery back on the field this Sunday. If so, I don’t expect him to save the offense, but he might make the difference in a couple third down conversions, which might be the difference between scoring a TD or kicking a field goal.

I don’t put a lot of stock in the intangibles typically, but if I did, I could argue that the Miracle in Motown and the resulting celebration and release of emotion afterwards finally cured the Packers of doubts that have lingered since the trauma of the NFC Championship game last season. That single play might have helped this team rediscover something it had lost, and if so, we might see a different looking team on Sunday.

We can only hope.

I am not ready to believe yet. I see a close defensive game until the Packers score a late touchdown to put it away.

Monty (6-6, 6-6 ATS) — As you can see by my now average record, I have no business picking these games anymore. But why would that stop me?

The Packers are currently 7-point favorites. That number was higher earlier in the week, so the money is flowing toward the Cowboys. Here’s a Cowboys team that I look at and think, boy, what a pile of shit.

I mean, look. They have a really good defense. I will say that.

However, every time I watch them play, they just cannot put up any points. It took next to a miracle for them to beat that garbage-ass Washington team last week. I walked in during the fourth quarter and that game was 9-9 or something like that.

This team really sucks on offense and that’s primarily because of the quarterback play. Matt Cassel is no Tony Romo.

Unfortunately, the Packers offense isn’t much better and their defense isn’t as good as Dallas’. That should lead you to believe this will be a close, low-scoring game.

And it very well may be. However, I think (or maybe HOPE is the right word) the Packers got something going there offensively in the second half against Detroit.

I’m not talking about the Hail Mary itself. I’m talking about the 21 second-half points they scored before that. That’s a decent half of football and I’m going to go ahead and expect it to continue this week. Maybe even for a full game.

Same thing I’ve been harping on for weeks. Hand the ball to Eddie Fuckin’ Lacy.

The guy clearly got the message after last week’s chicanery. A rejuvenated, focused Ed Lacy is a force to be reckoned with and I think he’s carrying this team as far as it’s going.

Previous Article
Richard Rodgers Sr. on The Play
Next Article
Eddie Lacy is Back Atop the Depth Chart