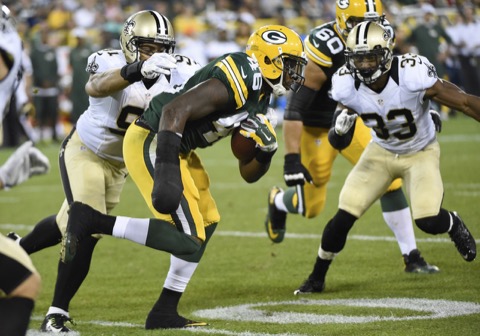 We figured the Green Bay Packers would sign running back Alonzo Harris back to the practice squad after they released him last week. That won’t happen, according to Ian Rapoport.

It won’t happen because the Packers fear Harris is a bad influence on Lacy.

#Packers were gonna sign RB Alonzo Harris to the practice squad, but now won't. They don't want any outside influences on buddy Eddie Lacy

Safe to say, #Packers have concerns about RB Eddie Lacy. On the field, he's dynamic. Off the field, they need better attention & commitment

Harris and Lacy missed curfew last Wednesday night. That resulted in Harris getting released and Lacy barely playing, on Thursday.

As a veteran, Lacy should know better, but that’s obviously not the case.

Perhaps now he’ll get the message.