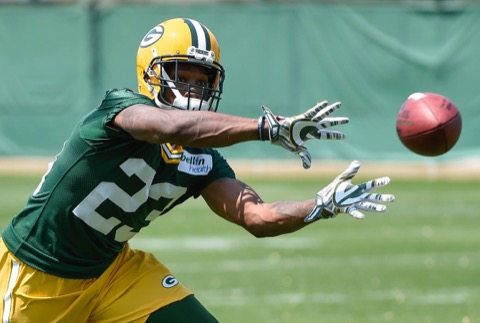 After three days off, the Packers returned to a light practice on Tuesday. As it turns out, those extra three days of rest might have done as well for the Packers as the entire bye week did.

Coach McCarthy hoped to have most everyone back for practice, and he did. As already noted, even Ty Montgomery was back at practice, though we’ll get excited about that when we see him on Sunday.

The players who sat out of the Thursday game- TJ Lang, Bryan Bulaga, and Damarious Randall were all back at practice. This suggests that their absence on Thursday was more about precaution and getting rested than it was about any real injury.

Obviously the Packers need the guys on their offensive line back, and that is looking to be the case. Only Corey Linsley remained out, and I don’t see any reason for the Packers to rush that. J.C. Tretter, except for one snap, has been good in Linsley’s absence, and it might be time to see which guy is truly the better center. Ironically, Tretter might be able to recover his starting job in the same way that he lost it.

Dallas has some athletic inside linebackers, and therefore the Packers may be better served by having the more athletic Tretter in the game. If the Packers want to get their offense back rolling again, they will need to do it at least partially on the ground.

One way or the other, having a healthier roster can only help the cause. The Packers have some new momentum from their miraculous win on Thursday, and they have four games to get their offense going for the playoffs.