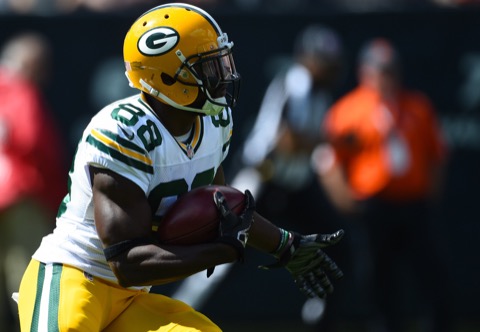 The Green Bay Packers took Ty Montgomery out behind the barn, tied him to a tree and fired two shotgun blasts into his ailing carcass on Monday.

They then slit his throat and let him bleed out.

Thus ended the 2015 campaign of the rookie receiver.

Actually, that’s one way they butchered cattle when I was a kid. My seven-year-old self will never forget the day dear old dad showed me how that was done.

Anyway, the way things were going with Montgomery, it’s about time the Packers put him out of his misery. That’s what they did on Monday when they finally put him on injured reserve. The guy hasn’t played since week 6 and every time he tries to come back, he gets injured again.

And while that may be sad, the corresponding roster move is sure to put some pep in your step.

That’s right. Your boy is back!

Back to save the day!