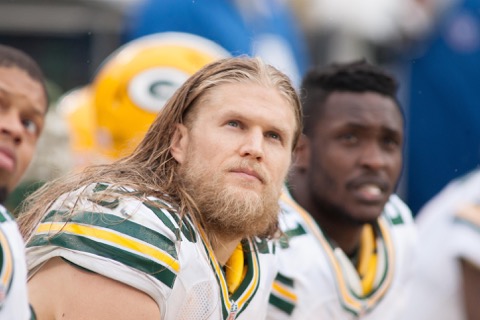 The big story in the NFL this morning is that Denver Broncos quarterback Peyton Manning has been linked to an Indiana clinic that reportedly supplied him with human growth hormone.

HGH is a performance-enhancing drug and has been banned by the NFL since 2011, although they only started testing for it in 2014.

Manning has denied any wrongdoing.

The report, which will air on Al-Jazeera on Sunday night, also links Green Bay Packers Mike Neal, Julius Peppers and Clay Matthews to the clinic.

It centers around pharmacist Charlie Sly, who allegedly supplied the drugs through an Indianapolis anti-aging clinic he worked at from 2011-13.

The report links several other athletes to HGH and other drugs, including Green Bay Packers linebacker Mike Neal, who allegedly introduced teammates Julius Peppers and others to Sly.

Neal was suspended for the first four games of the 2012 season for violating the league’s PED policy. That would fall into the timeframe of the Al-Jazeera report.

Peppers didn’t come to the Packers until 2014

Matthews, on the other hand, hasn’t been linked to HGH.

He’s been linked to painkillers, like your hero Brett Favre.

Sly says that he provided Clay Matthews, Green Bay’s Pro Bowl linebacker, with the prescription painkiller Percocet to help him deal with pain before at least one game. He also brags in one undercover video that Matthews texted him in an attempt to obtain Toradol, a powerful painkiller that is banned in many countries but not in the United States.

And to that we shrug our shoulders and say, “Who cares?”

Sly has since recanted his story, but not in a terribly believable manner.