by Shawn
in Uncategorized
23 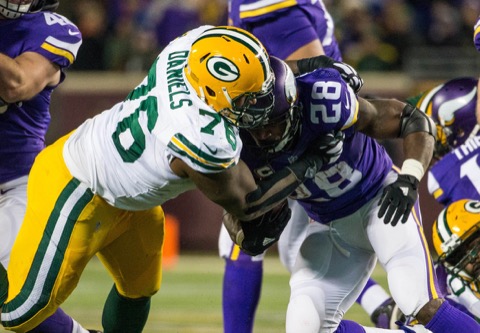 With game time for the penultimate game of the season approaching, the Packers could still find themselves as four different seeds for the 2015 playoffs.

Even with a playoff spot already wrapped up and just two games to play, the Packers’ seeding is still largely to be determined because both of their remaining games are against teams that will be in the playoffs.

This afternoon’s tilt should eliminate one of those options. The question remains whether that option will be the 2nd seed or the 6th seed depending on victory or defeat for the Packers.

Put simply, here are the possible paths still open to the Packers.

The Packers get the 2 seed if they win out and Arizona loses to Seattle in Week 17.

The Packers get the 3 seed if they win next week but either lose this week or Arizona wins out.

The Packers can not get the 4 seed since they’ll finish with a better record than the NFC Least winner regardless of what happens.

The Packers get the 5 seed if they win this week but lose next week, or if they lose out and Seattle loses to Arizona.

The Packers get the 6 seed if they lose out and Seattle wins out.

As things currently sit, the Packers will most likely play the Vikings in the first round of the playoffs with the Week 17 result determining where. However, a win over Arizona today would change that.