Eddie Lacy is Back Atop the Depth Chart 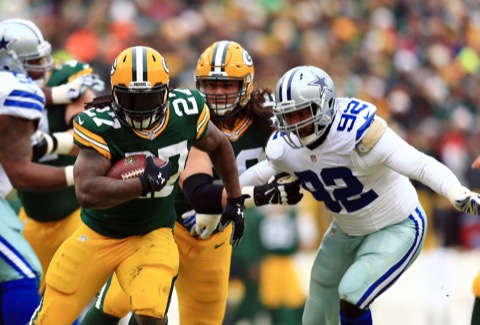 Where he belongs, people.

It’s been a rough year for Eddie Lacy. He’s been demoted, inactive and, for all intents and purposes, benched.

And now it appears he’s received the message and he’s ready to resume his rightful role as the Green Bay Packers’ No. 1 running back.

After an impressive week of practice and a wake-up call, the #Packers believed Eddie Lacy responded well. He’ll be their No. 1 back today.

You can go ahead and praise James Starks and even John Crockett, if you like, but this team is going as far as one Ed Lacy takes them.