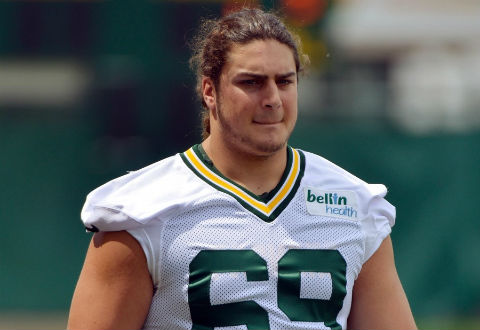 The Green Bay Packers’ prospects for beating the Arizona Cardinals, whatever those were, took a hit on Saturday. Three players, including starters David Bakhtiari and Sam Shields, have been downgraded on the injury report.

Bakhtiari, the Packers’ starting left tackle, was downgraded from questionable to doubtful because of an ankle injury. That means Don Barclay will almost certainly start and be tasked with protecting Aaron Rodgers’ blind side.

That likely also means the Packers will have to give Barclay help with a tight end or back, as he’s a liability as a pass blocker. So expect the Packers’ very limited passing attack to be even more limited.

Shields will miss his second game with a concussion.

That will leave rookies Damarious Randall and Quentin Rollins to man the outside cornerback positions, with Casey Hayward in the slot.

Frankly, both rookies have played well, so that’s of much less concern.

Backup tight end Justin Perillo was also downgraded to out. Perillo has a hamstring injury that appears to have gotten worse as the week went on.