Boy, the words elude me…

That’s our boy Andrew Quarless there in the Miami Beach Police Department in early July, after he was arrested for unlawfully discharging a firearm. It’s not his mug shot. 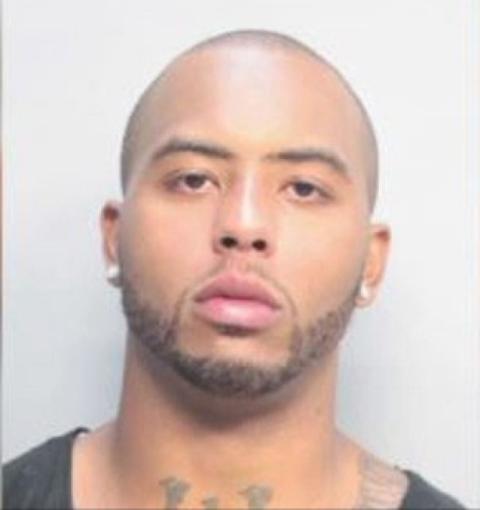 The top photo is just God’s Gifts demonstrating that he has to go to the bathroom.

Well, that’s what his attorney would have you believe.

Quarless’ attorney, Edward O’Donnell, said his client was not showing disrespect; he probably just had to urinate. He said the Miami Beach police would not have tolerated such a sign of defiance.

That’s from the Journal Sentinel, which acquired several photos and the initial 911 call from the incident.

This particular photo is the most interesting part of what they’ve gathered, however.

Gifts. Thuggin’ it up!

Tell us one more time about “Packer People” or the “Packer Way,” won’t you, Ted?

It was announced that Gifts would get off with probation in the case, last week. He also began practicing last week, after spending a stint on short-term injured reserve.

Maybe he can do some crotch-grabbing on the field this week. We can only hope.