Your Boy Matt Flynn Has Risen From the Dead Again 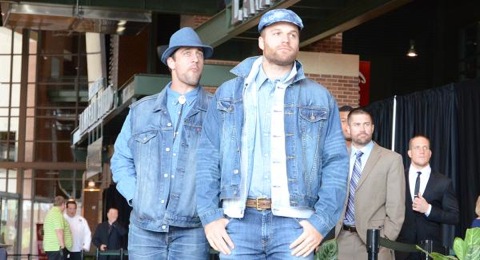 We thought we had seen the last of Matt Flynn when he was released by the New York Jets, but your boy has risen from the dead yet again.

This time, Flynn is going to carry a clipboard for the New Orleans Saints. The Saints signed the former Green Bay Packers hero on Monday after they learned backup Luke McCown — the guy in the Verizon commercials — will need season-ending back surgery.

For Flynn, it’s a homecoming of sorts. He played his college ball up the road at LSU, so he’ll be able to relive the glory days by saying shit like, “Remember the time I led us to that national championship? Yeah… that was awesome!”

The fact that Flynn keeps popping up on rosters is a testament to how great it must be to be a backup quarterback who has had a slight level of success. It’s as if every GM in the league has Flynn on speed dial.

“We got an injury at the quarterback position, you say? Well, let me get Matty Flynn on the phone here!”

Just good enough to have teams continually dump thousands of dollars on his doorstep for putting on a uniform and standing around.

Previous Article
McCarthy: No Concern About Sideline Argument
Next Article
Where Aaron Rodgers is Moody, a Pain