This Brett Favre Video will Blow Your Mind 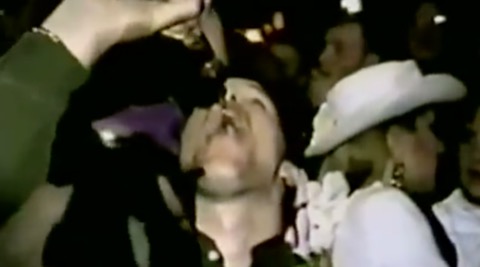 This has been around for a while, but I was just introduced to it on Tuesday and let me tell you, it’s all kinds of glorious.

First of all, you’ve got a young Brett Favre here. He’s 23, which would mean this video is from 1992 or 1993, which was Favre’s first year (or right after it) with the Green Bay Packers.

You’ve also got the hardest-hitting-man in football, Chuck Cecil. Do you think that guy could even play today?

He’d rack up 10 fines per game for, you know, actually hitting receivers. It would be more lucrative for him to work construction.

What are they doing?

Well, Chuck and Brett are getting ripped, pouring booze straight out of the bottle into their mouths.

What else are they doing?

Oh, and we should also mention that Brett chants, “Hey, we want some p*ssy,” several times. So maybe don’t watch this if you’re still at work.

Can you imagine players taking part in something like this in today’s NFL?

Because fun is no longer allowed.

That’s a Whole Lot of Dislike Coming From the Bears