That’s a Whole Lot of Dislike Coming From the Bears 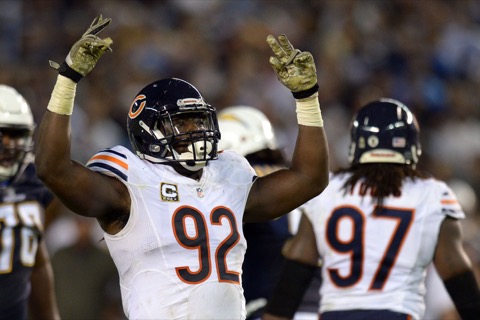 Pernell McPhee — don’t laugh, that’s really his name — was one of the Chicago Bears’ big offseason free agency signings and he seems to be fitting into this Green Bay Packers-Chicago Bears rivalry pretty nicely.

Nanny McPhee was asked about the Packers on Tuesday and pulled out a quote that may as well have been from 1986.

His quote wasn’t quite THAT redundant.

It was refreshing, though.

The Packers-Bears rivalry isn’t built on a healthy mutual hatred like it used to be and that makes us sad. So anything that pushes the envelope a little bit more toward the days of cheap shots and bounties, well, we’re all for it!

So you go and talk your shit Nanny McPhee.

This clip of Ken Stills leveling Matt Suhey still brings a hearty, maniacal laugh out of me each and every time I watch it.