Will this ever get old?

Yes, it probably will.

Is it old right now? Quite possibly.

We’re speaking of the Green Bay Packers captains photos, which quarterback Aaron Rodgers photobombs each week. If you’re new to this, you’re probably wondering why Rodgers isn’t a captain.

That’s because the Packers have different captains for offense, defense and special teams each week. The lone exception to that rule was last season’s playoffs, when the Packers kept the same captains throughout.

So when Rodgers isn’t a captain, he photobombs the captains’ pic, which is taken before each game. He’s been doing so since his rookie season and, even though he’s now in his 30s and worth millions and millions of dollars, he’s still doing it.

But Rodgers was one of the captains this week. 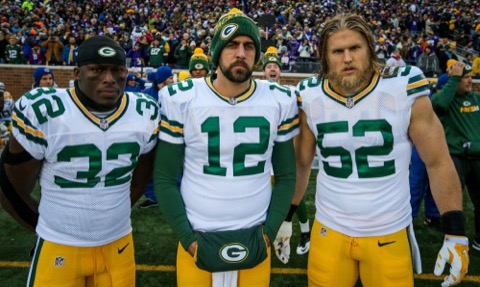 It’s kind of like a Green Bay Packers mullet.

After the game, Rodgers was being interviewed by Erin Andrews, who he may or may not have been banging at one point. That’s when Randall Cobb caught him with another bomb. 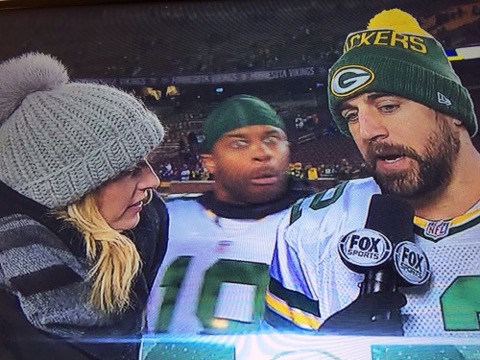 Unfortunately, other than the touchdown catch, that right there might have been the highlight of Cobb’s day.