The Detroit Lions Are Really Gonna Fix It This Time, By Golly! 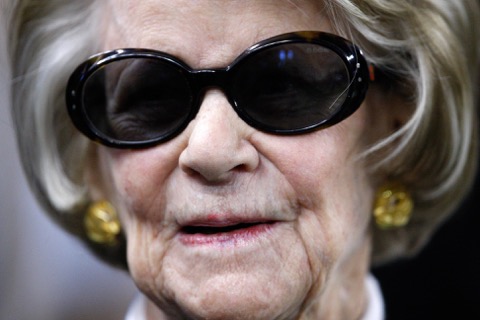 I don’t even know where to go after that.

They’re an embarrassment of an NFL team and have been for some time. They just can’t get out of their own way. The Detroit Lions do things that only the Detroit Lions could do and I don’t mean that in a good way.

Apparently, today was the day the owner of the Lions — Martha Ford, who may or may not be a reanimated corpse — had seen enough of the latest round of Lions’ failure. She shitcanned team president Tom Lewand and general manager Martin Mayhew.

We can’t really see what difference that’s going to make in-season, but then again, things can’t get much worse.

Just how bad is it?

Well, the team also shitcanned offensive coordinator Joe Lombardi and offensive line coaches Jeremiah Washburn and Terry Heffernan last week. They replaced Lombardi with the super cool cat named Jim Bob Cooter and then the Lions went out and shit the bed in a 45-10 loss to the Chiefs.

So it looks like that move really paid off and we’re sure this one will too.

Because these are the Detroit Lions we’re talking about…

So the Lions have tabbed some interim people to handle Lewand and Mayhew’s jobs. And they’re going to go out during the offseason and find only top-notch replacements.

You know, because who wouldn’t want to work for the Detroit Lions?

Perhaps Matt Millen is available? We hear he has a brilliant football mind.

Seriously, I know one person who is a Detroit Lions fan. He was cursed to be born in Detroit. He is constantly saying how the ownership is out of touch and doesn’t care about the team.

Well, at least Lions fans now have a sign that Martha Ford has risen from the grave to care about the team. She’s making moves, baby!

It’s not going to make up for years of ineptitude, but it’s something, by golly!