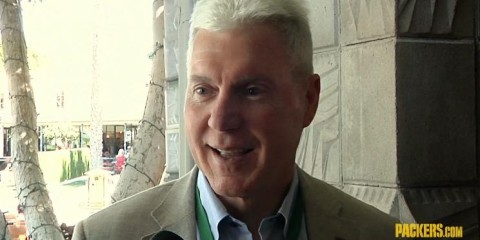 Couldn’t control his bladder like a giddy puppy after hearing he’ll now be able to deal compensatory draft picks.

For first time this spring, NFL expected to allow teams to begin trading compensatory draft picks, per NFL sources. Should be more trades.

And what do we know about Big Ted?

Right up there next to refusing to sign free agents, the thing he loves best is stockpiling draft picks.

Doesn’t care where they are. Just that he has as many as possible.

Might just up and trade the Packers’ second and third for two fourths, six sixths and four sevenths. Because it’s not where you draft, but how often you draft!

I’m Big Ted and I’m doublin’ the fuck down!

The 2016 draft will be the first draft in which teams will actually be able their compensatory picks.

So, look for a flurry of trades from the Pack.

Previous Article
It’s the Curse of Olivia Munn!
Next Article
Maybe the Expectations for Aaron Rodgers Are Out of Whack