Packers Aren’t Ready to Hand Anything to Jake Ryan 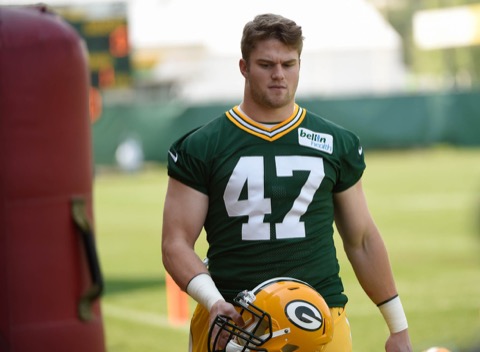 After rookie Jake Ryan replaced Nate Palmer for performance issues for the second straight game at inside linebacker, we figured the change would be permanent.

Palmer has been a glaring weak spot and Ryan, in his first extensive action, led the Packers in tackles (10) against Carolina.

Despite that and earning only one of five positive grades (+2.6) from Pro Football Focus among the Packers’ defensive players, the coaching staff won’t give Ryan the nod.

“I thought Jake did some good things,” Capers said. “We’re going to have to look at what the Lions were doing, and we’ll try to decide what type of play time we’re going to have, but Jake’s a young guy that’s learning like all of our young guys.”

Capers leaves the door open, but clearly isn’t making any commitment to Ryan.

“Just OK,” McCarthy said of Ryan’s performance. “He had some productivity, but it wasn’t as clean as he would like and as we like. I think he was kind of in line with a number of our performances.”

We would agree. Ryan didn’t do anything spectacular out there on Sunday, but he was an improvement over Palmer. Plus, he’s a rookie with a much higher upside than Palmer and he’s only going to get better the more he plays.

Andrew Quarless is Coming to Save the Day!