Nike is Fucking with the Packers’ Uniforms

When Nike replaced Reebok as the NFL’s uniform supplier in 2012, we expected some changes and we got some. Nike completely redid the Seattle Seahawks uniforms and that, for the most part, was fine.

No one gives a shit about the Seahawks anyway. They also gave the Buffalo Bills an updated, but retro look and that worked tremendously.

They made slight changes to the other NFL uniforms, but left the Green Bay Packers untouched. As it should be. You don’t fuck perfection, even if you fancy yourself a design innovator, such as Nike obviously does.

Changes to the Minnesota Vikings, Miami Dolphins and Jacksonville Jaguars uniforms followed in 2013. No complaints there. Those updates were all actually great.

Not so with the Tampa Bay Buccaneers in 2014.

On Thursday, Nike dropped the news that they’re developing new uniforms specifically for Thursday Night Football games. They’re called color rush uniforms and will use only one of a team’s primary colors.

The first set of these color rush unis will debut next Thursday with Bills-Jets and they’ll look like this. 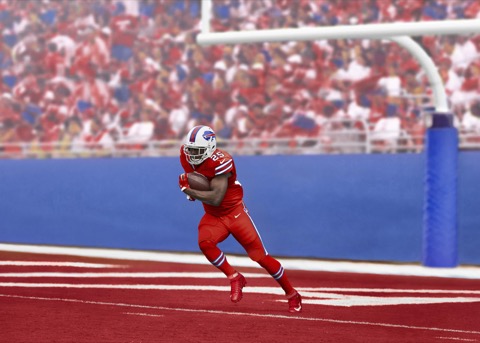 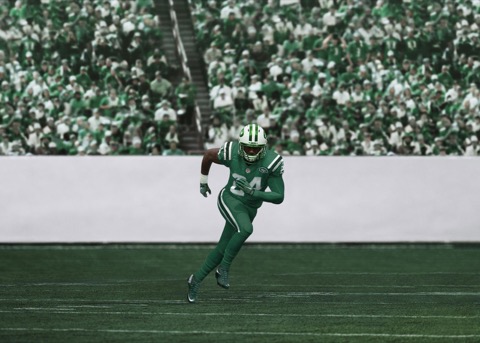 Eight teams will get the monotone uniform treatment this season. The rest of the league will get it in 2016.

The Packers fall into that latter group.

For one game in 2016, the Packers will wear either all gold or all green. Our bet is on the former, since it’s a way to sell more jerseys.

Previous Article
Wade Phillips Takes It Back, Okay?
Next Article
Nate Palmer Admits He Has No Idea What He’s Doing