Mike Ditka Tells Bears Fans to Get a Life 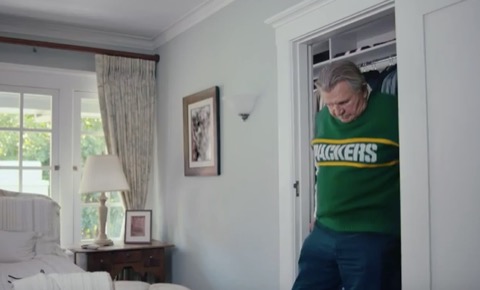 Former Chicago Bears coach Mike Ditka proved that he would literally endorse anything when it was revealed that he was appearing in a McDonald’s commercial last week. He also donned a Green Bay Packers sweater in that commercial.

That did not sit well with some Bears fans, apparently.

So Ditka must answer!

And Ditka did. In about the most Ditka way you can imagine.

“I had no problem at all putting it on,” Ditka said. “It’s a commercial. I thought it was kinda funny and and kinda cute. Frankly, if people were offended by that, then get a life. Com’on. It’s no big deal.”

“I would say that I’ve honestly been more loyal to the Bears than they’ve been to me, so I don’t think I have to apologize to anybody if I dress up in a Packers sweater or Detroit Lions sweater or Minnesota Vikings sweater. I will not apologize to anyone for that.

“I think when you look at loyalty, it’s a two-way street. But this had nothing to do with anything. It’s a commercial. They came to me and said will you make the commercial, will you do it this way.

“You got Jerry Rice who is one of the greatest football players ever in San Francisco history, and he’s in all the Cowboys gear. He’s got the Cowboys jersey and the Cowboys hat, and there’s another commercial coming out where we’ll both be together.

Ditka will obviously not be having any of this crap.

We’re not really sure what he’s going on about loyalty being a two-way street, but clearly, there are some ill feelings towards the Bears organization.

We highly doubt doing that stupid McDonald’s commercial had anything to do with that, though.

That was about cash… and promoting childhood obesity.