It’s the Curse of Olivia Munn! 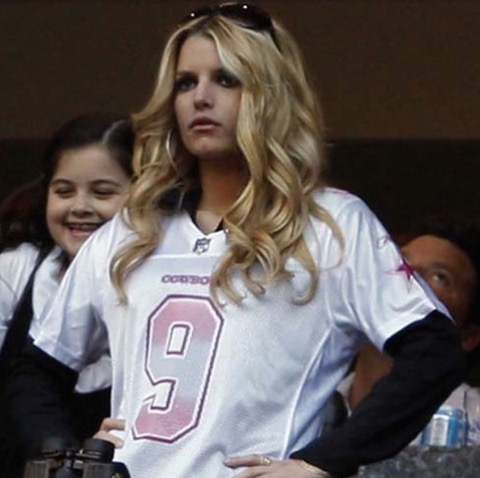 We’re talking about Dallas Cowboys quarterback Tony Romo, who dated Jessica Simpson from late 2007 to mid-2009. Simpson’s constant presence seemed to be a curse on the Cowboys. They went 13-3 in 2007, but crapped the bed in the divisional round of the playoffs, losing to the New York Giants.

Clearly, things started to go downhill for the Cowboys when Romo started to date Simpson.

After they broke up in 2009, Romo rebounded with his third Pro Bowl season (he wasn’t named to the squad in 2008), the Cowboys went 11-5 and even won a playoff game.

So, there you have the Curse of Jessica Simpson.

The Packers aren’t playing well. Rodgers and the offense aren’t living up to the standards they’ve set.

The Curse of Olivia Munn! 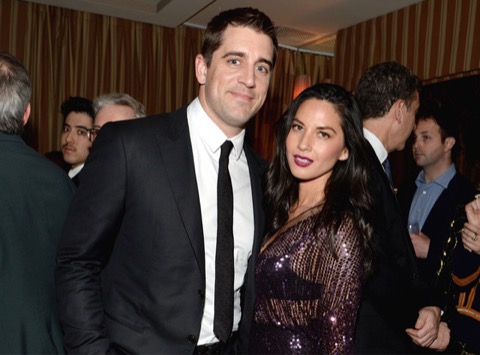 The main issue with the Packers losing the NFC Championship was that their best player turned in one of his worst games.

You’ve seen what’s happened this year. Rodgers isn’t himself. The Packers aren’t living up to expectations.

The similarities to the Romo-Simpson situation are somewhat uncanny. The exception being Simpson was very present at Cowboys games, while Munn remains more behind the scenes.

The uproar started with this idiotic comment on the Journal Sentinel.

Then that handsome devil Rob Demovsky suggested Rodgers could be struggling because of his relationship.

“Possible off-field issues?: A longtime NFL agent told me recently that when he sees one of his top-performing clients play differently, as Rodgers has of late, the first thing he wonders is if something is going on in his personal life. There’s no indication that Rodgers’ relationship status has changed. Lions reporters said they spotted Rodgers’ girlfriend, actress Olivia Munn, at Lambeau Field on Sunday. Sometimes it’s easy to forget that professional athletes have lives away from the field, and you never know what could be going on in their personal lives.”

And finally, Munn had to chime in because she’s not one to let anything slide.

Dear, @WashingtonPost @FoxSports and the other news outlets that followed suit. The internet, and especially.. pic.twitter.com/eYeRGaJGdY

Playing it fast & loose w/the journalism @RobDemovsky. Your professional skills are lacking… you must be having personal problems at home.

Look, we know from more than one reliable source that Olivia Munn is not easy to deal with.

Is she easy to date?

We couldn’t say for sure, but we would bet the answer is no.

Is the relationship affecting Rodgers? Only he knows.

For Romo, it seemed like the constant media glare affected him more than anything. We’re not saying that’s what’s happening here, but again. The similarities are pretty uncanny.