by Monty McMahon
in Uncategorized
88 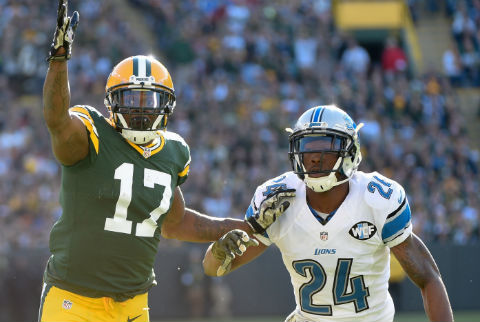 It was a changing of the guard at the bottom of the NFC North on Sunday.

The Green Bay Packers took that mantle from the Detroit Lions by losing an 18-16 slugfest of crap.

The shit outcome was only for the Packers, though. They lost to a team in a place they hadn’t lost to in 23 years. That streak was bound to end sometime, but it shouldn’t have ended this time, against a one-win Lions team.

And that fact alone tells us how fucking awful this Green Bay Packers team is.

What went wrong this time?

Who gives a shit?

Didn’t score enough points, if you want an answer.

Why didn’t the Packers score enough points? Well, 12 actually stood in the pocket this week and made some throws. Nice change of pace there.

Unfortunately, that fuck couldn’t hit the broad side of a barn if he were paid $20-odd million to do so.

The Packers defense, who we have been beating the hell out of, actually showed up on Sunday. Granted, they were playing the inept of the inept, the Detroit Lions, but still.

A step in the right direction.

It was the Packers offense that lost this game.

Suck my fucking balls, you fucks!!

Me and Scooter Tolzien could put up 16 fucking points by ourselves against the Lions!

This is the bottom.

Usually, when you hit the bottom, you either stay there or you pick yourself the fuck up, regain your composure and rebound.

Can this Packers team rebound?

Nothing has given us any indication they can.

We’ll be there through the end, regardless, but these clowns continue to be an embarrassment.

Five More Thoughts on Packers’ 18-16 Loss to the Lions

Five More Thoughts on Packers' 18-16 Loss to the Lions