by Monty McMahon
in Uncategorized
39 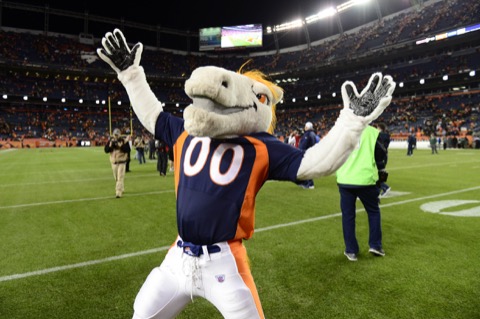 Boy, where to even begin. We cannot remember a Green Bay Packers team being more ill-prepared than what we saw on Sunday night in some time.

Maybe in the 2011 divisional round loss to the New York Giants. I’m sure there were other games, but the amazing thing here is the Packers were coming out of a bye. They are typically totally prepared in that situation and play some of their best football.

This Packers team, somehow, was not. It’s as if the coaches did nothing to address any of the team’s faults during their week off. Nothing new on offense, which really needs a shot in the arm, and the defense just keeps getting worse.

Add it up and you get a 29-10 loss at the hands of a far superior Denver Broncos team.

The bad thing here is, the Packers were pretty much completely healthy for a change. There isn’t someone that will return from injury and make a huge difference.

Rookie receiver Ty Montgomery is the only player who sat out because of injury.

So let’s cut through the fog here and see what’s left from this train wreck.

This game doesn’t matter
Sure, we would all have loved a Packers’ win on Sunday, but this game simply doesn’t mean as much as a tilt against a conference or divisional opponent. If the Packers were going to lose a game, they’re better off losing it to an AFC opponent. No one is going to go through the NFC undefeated and losing to an AFC team means nothing in terms of playoff seeding tiebreakers. If the Packers lose to the Carolina Panthers next week, then they’re going to have a problem claiming home field advantage in the playoffs. That’s the game that they better be prepared for. The current stretch of schedule almost makes us wonder if the coaching staff overlooked this game in order to prepare for next week. We’re not going to suggest they purposely lost this game, but the team clearly wasn’t prepared and bad losses in games such as this one are often just the thing a team needs to refocus and galvanize. Just sayin’.

How about some defensive adjustments?
San Diego gave everyone the blueprint for gashing the Packers defense. Quick throws. The Broncos executed that perfectly and Peyton Manning suddenly looked like he had some life back in his body. Here’s a guy who had been awful all season long. What’s the cure for those ills? Why, facing the Green Bay Packers, of course! Manning threw for 340 yards, his highest total of the season. That wasn’t all. The Broncos running game had been a trash heap all year. What’s the cure for that? Why, facing the Green Bay Packers, of course! C.J. Anderson rushed for 101 yards on 14 carries. Ronnie Hillman added 60 on 19 carries. For Anderson, that’s a season high by nearly 60 yards. And all of this came behind a bad offensive line. How does that happen? Well, the quick throws don’t allow the Packers to generate any pressure. They got no sacks on the evening. And when this defense doesn’t generate pressure, they’re screwed. It’s a defense built on the basis that it will pressure the quarterback and that will cause all kinds of problems. No pressure, no problems. But could Dom Capers adjust somehow? No. The good news is Cam Newton can’t get the ball out as quickly as Phyllis Rivers and Peyton Manning’s corpse.

Changing of the guard?
Maybe you noticed that rookie Jake Ryan got a little time on defense. That came after the Packers pulled Nate Palmer. Palmer blew a coverage and that earned him a little time on the pine. The Packers did put Palmer back into the game, but let’s be honest here. This guy isn’t distinguishing himself in any way. When is the last time you said, “Oh, great play, Nate Palmer!” I’ll answer that for you. Never is the last time you said that. Maybe it’s time to give the rookie a shot.

Plenty of no shows
I’m talking about the Packers defense, which seemed to have a lot of guys who were still on vacation. Where was Julius Peppers? How about B.J. Raji, Mike Daniels or Letroy Guion? Oh, and Morgan Burnett returned to the field. Did you notice? Those five guys I just mentioned combined for eight total tackles. That’s an interesting stat line considering three of those guys are supposed to be team leaders and primary playmakers.

What to do about the passing game
I don’t have the answer, but here’s how pathetic it has become. As you know, Aaron Rodgers threw for only 77 yards. The Packers had a net of 50 yards passing when you factor in the three sacks and yardage lost. The Packers’ leading receiver was Randall Cobb with six catches (not bad) for 27 yards (awful). Only two other players caught more than one pass — Richard Rodgers and James Starks, both of whom caught two balls. Only one guy other than Cobb gained more than 10 yards receiving. That was Rodgers with 16, but considering it took him two catches to gain those yards, that’s also pathetic. Davante Adams — the guy who was supposed to open up the Packers offense — had one catch for eight yards. This might work better if the Packers committed to the running game, but they refuse to do that, so we’ll probably be getting more of the same for a while.