Why would we give him such a stupid nickname? Because he actually has the words God’s Gifts tattooed on the back of his arms. 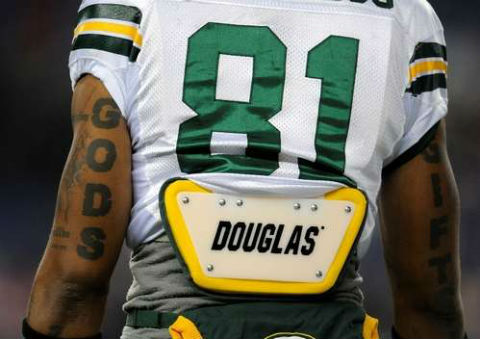 So, clearly, someone who has the words God’s Gifts tattooed on their arms simply must be referred to as God’s Gifts.

What is this stupidity all about? Well, this particular tattoo actually used to just read “God’s Gift.”

You know, like God’s Gifts thought he was God’s gift to the tight end position. He added the S after he got into the league. 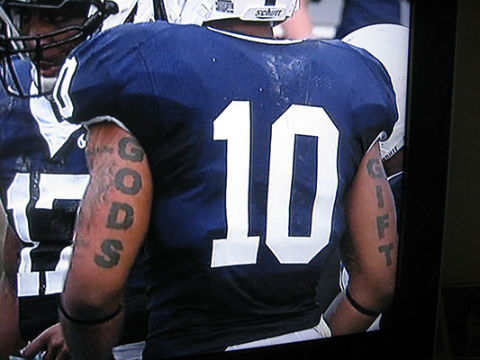 Here’s what Quarless said about the tattoo back in 2010.

“I grew up in a Christian household,” Quarless said. “I was always taught to give God thanks for things he’s blessed me with. The way I approached it, God’s gifts were my blessings.

“The way I was being portrayed, I wasn’t even thinking anything like that. That was the last thing.”

Basically, everyone assumed what we just suggested. God’s Gifts thought he was something pretty special.

That brings us to Virginia Tech’s Bucky Hodges, a redshirt sophomore tight end. 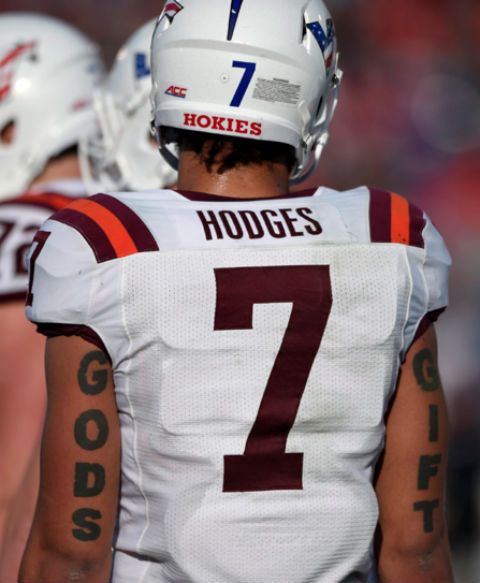 There must be some connection, right?

Not that we could find. God’s Gifts is from New York and went to Penn State. Hodges is from Virginia Beach and plays his college ball at Virginia Tech. Gifts is seven years Hodges’ senior.

If anyone can shed any light on this, we’re all ears, because that’s the same exact idiotic tattoo. It can’t be coincidence.