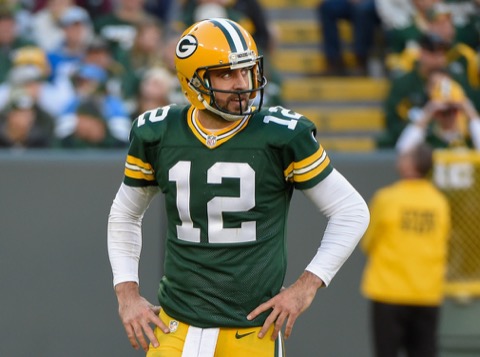 This isn’t the first time this has come up. Green Bay Packers quarterback Aaron Rodgers feels some of his teammates aren’t as prepared as they could be.

It came out last week, when it was revealed that the Packers supposedly held a players-only meeting to tell some guys they were playing too many video games. That meeting apparently never happened, but at the same time, no one has denied that a conversation of that nature took place.

So, again, we’re back to this. Some guys aren’t taking preparation seriously.

“It goes back to what you’re doing in your spare time and what you’re doing with your time in the facility,” Rodgers said. “Being a pro is all about making sure you’re as ready as possible by the time the game hits. I think that’s the important thing for guys to remember here, especially young guys.

“We’re 15 games into the season, counting preseason. That’s a long grind for those guys, especially the rookies. This is the time where they really got to get through that wall, and the vets — the vets have had some [missed assignments] as well. So we’ve got to buckle down our preparation and make sure we’re ready to play.”

It’s interesting that Rodgers points not only to the rookies, but also to the veterans.

We all know about the rookie wall. Regardless of sport, guys don’t play as many games in college as they do in the pros. As such, some rookies reach a point in the season where their performance drops off, they lose focus, etc. They hit the proverbial rookie wall.

Veterans, on the other hand, shouldn’t be hitting any sort of wall.

And it shouldn’t be necessary for Rodgers or anyone else to be giving speeches about preparation at this point. I mean, this is your fucking job and you get paid handsomely to do it.

All this tells us is the Packers have guys on this team who shouldn’t be.

We’re confident in saying that, because preparation issues certainly have not come up in past seasons.

Previous Article
Can We Give Up On Ty Montgomery Now?
Next Article
Andrew Quarless Gets Off with Probation