Green Bay Packers Are Still the King of the North

by Monty McMahon
in Uncategorized
114 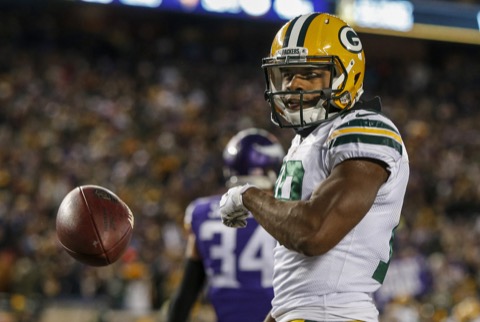 If anyone said they saw this coming after the Green Bay Packers lost to the lowly Detroit Lions at home last week, well… they’re a liar.

The Packers and their beleaguered offense marched into Minneapolis and took out the division-leading Minnesota Vikings with perhaps their most complete effort of the season.

When I was predicting the Packers to lose on Saturday, I said if they had any chance to win, they’d have to do two things — run the football successfully with Eddie Lacy and get to Vikings quarterback Teddy Bridgewater with the pass rush.

The Packers hadn’t registered a sack in the previous three weeks and have only given Lacy more than 15 carries twice all season. So, fat chance of that, right?

Green Bay reversed course and did both of those things.

Lacy, who had been demoted to second-string, carried 22 times for 100 yards.

In the three games Lacy has carried more than 15 times this season, he’s gained a minimum of 85 yards.

So, we’ve said it before and we’ll say it again. The problem with the running game is you’re not handing the fucking ball to Eddie Lacy enough.

Can we put the talk of the guy being fat to rest now?

As for the pass rush, we’ve discussed this before as well — the Packers defense is built around the pass rush. When they don’t produce one, the defense cannot succeed.

They produced and then some against the Vikings.

The Packers rang up six sacks, including two by Datone Jones, who was moved to outside linebacker a week ago.

Those two developments alone downed the Vikings and sent the message that the NFC North still runs through Green Bay, despite the Packers’ recent struggles.

There are still issues with this team, but the defense has now put together two solid efforts in a row. In addition to the reappearance of the pass rush, the Packers held Adrian Peterson to just 45 yards on the ground.

More importantly, they held the Vikings to just 13 points on the scoreboard.

The Packers offense wasn’t nearly as good, leaving a lot of plays and points on the field. However, they did put up 30 points, the first time they’ve done so since they put up 38 on Kansas City in week 3.

There’s more work to be done, but thumping the scumbag Vikings on their home turf is about as good as it gets.

Crawl back into your holes and die, Vikings fans!