Your Latest Reminder that Charles Woodson is Washed Up 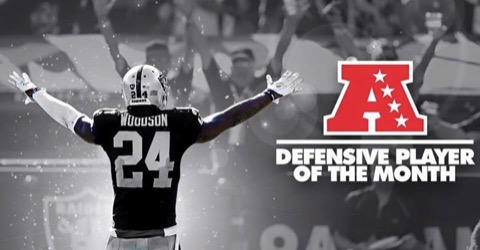 18yrs in the NFL, 39yrs old, defensive player of the month.. I couldn't have dreamt it up any better….. https://t.co/URMpWgnSj2

What did he do in October?

Oh yeah, Charles is the third guy in NFL history to record a pick at age 39. The others are Darrell Green and Clay Matthews Jr., the Packers’ Clay Matthews’ father. Those other guys only had one pick when they were 39.