Where the Bears Cut Someone and Call the Cops 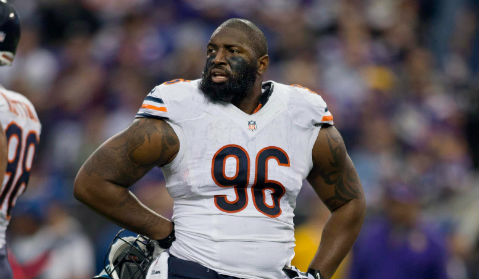 Ratliff used to be good, but he hasn’t played much this year due to suspension (three games) and injury.

Ratliff got into what is being described as an animated exchange with general manager Ryan Pace on Wednesday.

Jeremiah Ratliff was escorted out of Halas Hall on Wed. by #Bears team security. Ratliff had an animated exchange with GM Ryan Pace outside.

Had to be escorted out. SO Chicago Bears!

And apparently, you don’t argue with Jay Ratliff without incident. Or Ryan Pace is an out-and-out pussy.

Go ahead and choose your own narrative.

Ratliff was released on Thursday. The Bears kept what was described as “heightened security” on hand all day.

Previous Article
Preseason is Meaningless: Except When It Isn’t
Next Article
Here’s How Awful Colin Kaepernick Has Become